The RSC monitors in real time the seismic activity occurring in the northwestern Mexico: Baja California, the Northwest of Sonora, the California’s Gulf, Baja California Sur. With the objective of easing and improving the RSC operation, in December 2016 the Seismic Networks’ Advisory Council was formed.

Nowadays, the RSC has 32 stations instrumented with accelerometers and broadband sensors, 10 with broadband sensors only, and 46 with accelerometers only. From the 88 stations, 45 send the data in real time, through either satellite or conventional Internet, and other 3 transmit data through radio links, to the Data Processing Center located at the Department of Seismology of CICESE.  To improve the instrumentation of the seismological stations, between the years 2015 and 2017 have been installed 8 GPS equipment. Then, each one of these 8 seismic stations are integrated by acceleration, broadband, and GPS sensors.

The main goals of the RSC are: 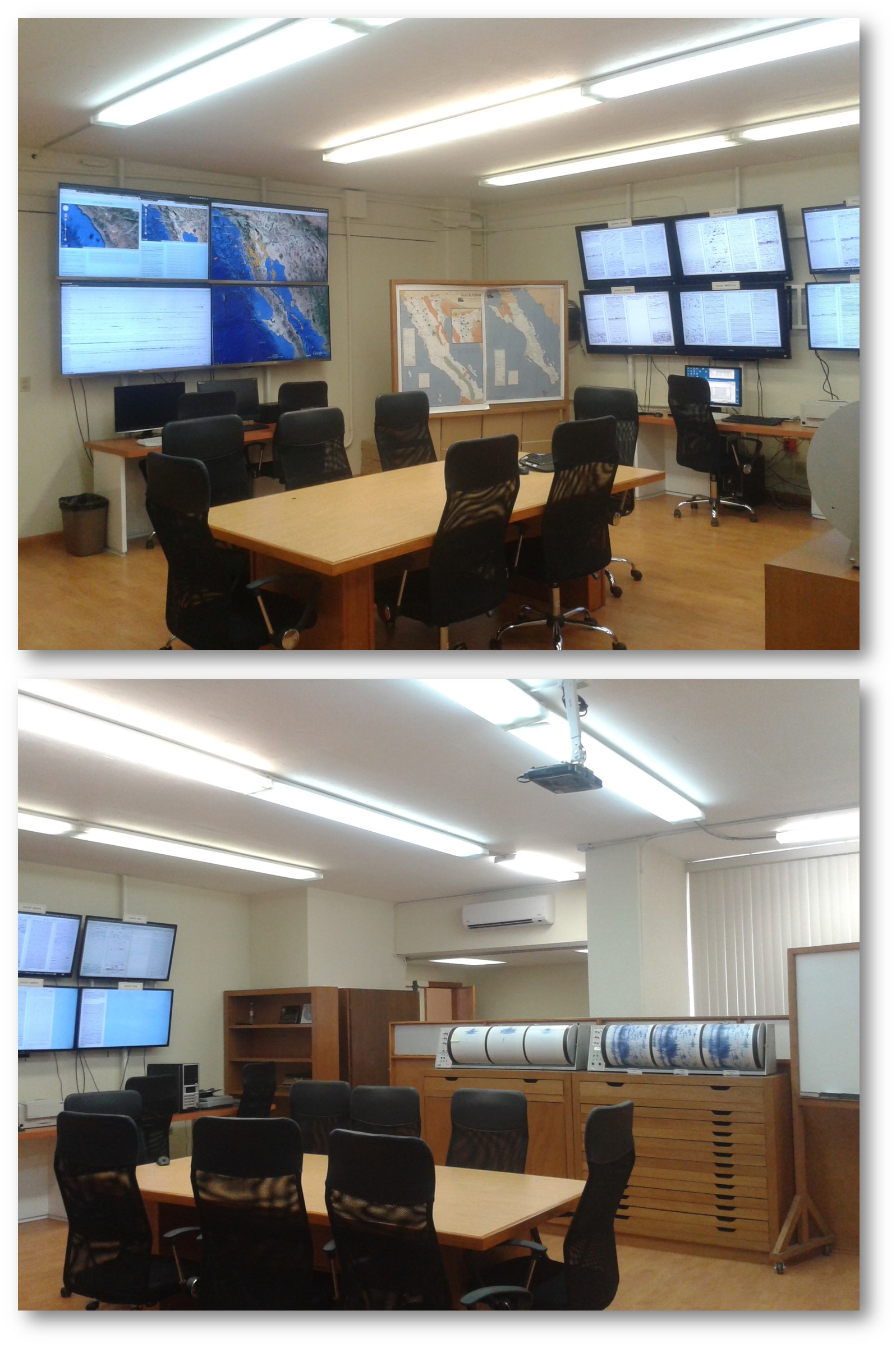 Throughout the years, CICESE and the National Council of Science and Technology of México (CONACYT), have provided the funds for installation, operation and maintaining of the CICESE’s Seismic Network. As an example, is the support given by CONACYT, through the Baja California’s government, for the acquisition of modern equipment in 2010. This allows the expansion and modernization of the network.

We recognize to the personal and directors of agencies as the Mexico’s National Seismological Service (SSN), and the Southern California Seismic Network (SCSN) in the United States, for their disposition and support to exchange data in real time since April 2010. These data exchange has allowed the improvement of the hipocentral locations, the magnitude calculation of the recorded earthquakes, besides the improvement of the geographic coverage in the Baja California-California border. The comments and suggestions of the researchers of the Department of Seismology of CICESE have been so important for the continue improvement of the RSC. The actual version of the RSC-RESNOM website was possible thanks to an agreement between personnel of the Department of Telematics of CICESE, and the Happy Discover company.