After the arrival of the seismic signals to the RESNOM data center, they are analyzed and processed through the Earthworm / AQMS system initially for the automatic detection of earthquakes, the calculation of arrival times, the location of epicenters and the calculation of magnitudes. In addition, the registers polarities are used to calculate focal mechanisms, and the maximum accelerations to generate intensity maps. These processes are performed automatically, without the intervention of a technical data analyst. Subsequently an analyst reviews this information, in the post-process stage and, if necessary, the earthquake records are processed again.

From the M7.2 earthquake of April 4, 2010, the growth of the seismic network and the  real-time data recording via the Internet, gives the opportunity for the data exchange in real time with the National Seismological Service (SSN) of Mexico and the Southern California Network (SCSN) of the United States. This exchange occurred almost simultaneously with the two agencies mentioned from the occurrence of the earthquake through the Earthworm program. Currently, from the SSN we receive the signals from 5 stations, from the SCSN we receive the signals from 11 stations and finally we receive the signals from 16 stations of the Broadband Seismic Network (RESBAN), which is operated by CICESE and mainly records the seismic activity Of the Gulf of California. From RESNOM, we send the to the SSN signals of 4 stations and to the SCSN of  11 stations.

During the current year, we expect to continue to improve our service to report rapidly and timely to civil and military authorities (state and federal), the media and the general public regarding the epicenters and magnitudes of earthquakes the region. 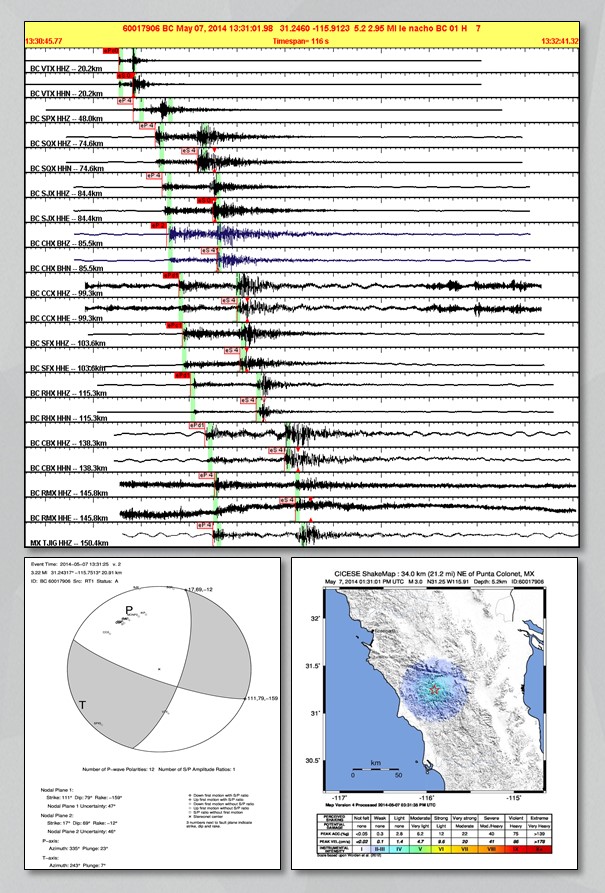